Assess The Purity Of Your Cell Therapy Product With Confidence 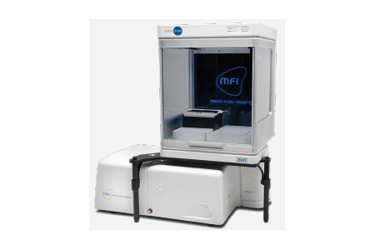 The analysis of particle contaminants in cell therapy products is critical for ensuring drug purity and safety. However, the successful characterization of such particulates requires gaining morphological insights into each type of particle present. Analytical methods such as light obscuration and manual microscopy—while recommended for particulate analysis—provide particle count and size but are limited in their abilities to detect important information on particle morphology. To address these constraints, a technique called micro-flow imaging (MFI) enables the visualization of particulate matter by providing relevant morphological details for further study of each type of particle identified. Importantly, such details help determine contaminant-associated immunogenic risks to patients. Appropriately identifying particulates can also indicate their potential impact on drug stability and efficacy. In this study, MFI was used to distinguish between NK cells and its expansion component, Cloudz™ microspheres, in different environments. This study also shows how Cloudz microspheres were characterized with MFI, thus demonstrating the method’s utility during cell expansion and formulation development.