Anticipating The Next Decade Of Gene Therapy 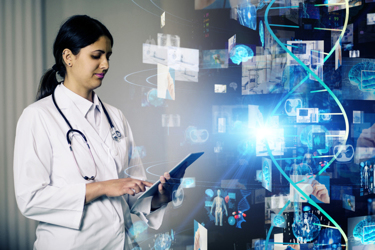 With more and more organizations looking to pursue gene therapies for a range of indications, there remain a number of barriers to entry. However, the next decade will bring improvements across existing gene therapy modalities, including the development of alternative approaches to gene delivery, and advances in upstream and downstream processing, analytical methods and intensified/continuous processing.

The first efforts to develop gene therapies took place about a decade-and-a-half ago. The technology was found, however, to be too nascent. Clinical failures resulted, and the field ultimately fizzled out for a time. Since then, three critical developments have occurred.

An enhanced understanding of vector biology has enabled the design of better, safer vectors, which has played a key role in restoring people’s confidence in this field. There are also more choices for manufacturing technologies. Perhaps not of least importance is the overall enthusiasm across the industry and among advocacy groups, which is reflected in the funding that has flowed into this space and the overall willingness to take risks in this promising but still uncertain field of medicine.

At present, companies are pursuing both viral and non-viral approaches. Viral vector-based therapies — which use viruses as vehicles for gene delivery — account for the majority of approved and candidate gene therapies. Non-viral approaches include RNA-based therapeutics and antisense oligonucleotides and related modalities. These therapies do not rely on viral constructs as a mode of delivery. There are a few gene therapies based on these technologies that are on the market. Other non-viral, non-RNA–based approaches are being explored but remain more experimental for the time being.