An Introduction To Sampling Plans 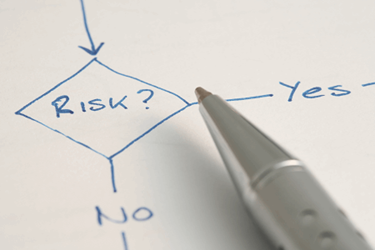 Sampling plans are used extensively throughout organizations regulated by the FDA. Most organizations have a statistical procedure that specifies a certain acceptable quality level (AQL) based on risk. (If not, they should!) However, most individuals just follow the requirements of the procedure without fully comprehending how sampling plans actually work.

All Sampling Is Subject To Risk

All statistical sampling is subject to risk. The risks are defined by the margin of error and confidence intervals. Ideally, a sampling plan should reject all “bad” lots while accepting all “good” lots. However, because sampling plans base decisions on a sample of the lot and not the entire lot, there is always a chance of making an incorrect decision. These errors are referred to as Producer’s Risk and Consumer’s Risk. Type I Alpha Error (α) Producer’s Risk is the probability of rejecting a good lot. Type II Beta Error (β) Consumer’s Risk is the probability of accepting a bad lot.

All sampling plans utilize the concept of a lot (N), sample (n) drawn randomly from the lot, and an acceptance number (c). A lot is a whole — every member of a group — and a sample is a subset of a lot. For each lot inspected, we make an accept/reject decision with the accepted lots released to stock and the rejected lots segregated, labeled, and quarantined. 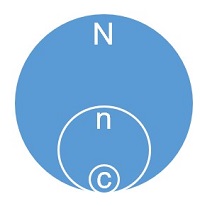 For example, a lot containing 2,500 (N) pieces is inspected using an AQL of 1.0, which requires 42 (n) pieces to be randomly selected from the lot and inspected. In this example, the acceptance number is 0 (c). If all 42 randomly selected pieces are inspected and all of the pieces meet the inspection criteria (zero failures), the lot is accepted (passes). However, if there is one failure, the lot is rejected (fails) and should be segregated, labeled, and quarantined until addressed by the Material Review Board (MRB).

The operating characteristic curve shows the probability of accepting lots of different quality levels for a specific sampling plan and helps discriminate between good and bad lots. The exact shape and location of the curve is defined by the sample size (n) and acceptance number (c) for the sampling plan. 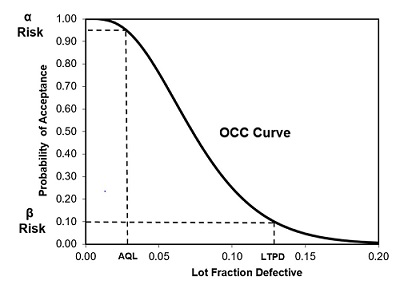 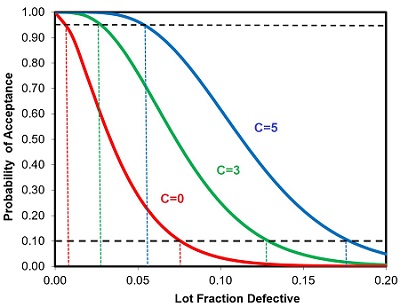 An ideal/perfect OCC will yield no Type I Error (α) Producer’s Risk or Type II Error (β) Consumer’s Risk for a given lot fraction defective or less.

The OCC shown in Figure 5 is considered ideal/perfect. For this curve, a lot fraction defective of £ 0.25 will be accepted 100 percent of the time. In reality, the ideal/perfect OCC does not exist. 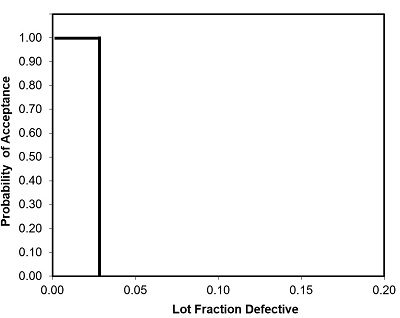 Mark Allen Durivage has worked as a practitioner, educator, consultant, and author. He is managing principal consultant at Quality Systems Compliance LLC, an ASQ Fellow, and an SRE Fellow. He earned a BAS in computer aided machining from Siena Heights University and an MS in quality management from Eastern Michigan University. He holds several certifications, including CRE, CQE, CQA, CSQP, CSSBB, RAC (Global), and CTBS. He has written several books available through ASQ Quality Press, published articles in Quality Progress, and is a frequent contributor to Life Science Connect. Durivage resides in Lambertville, Michigan. Please feel free to email him at mark.durivage@qscompliance.com or connect with him on LinkedIn.