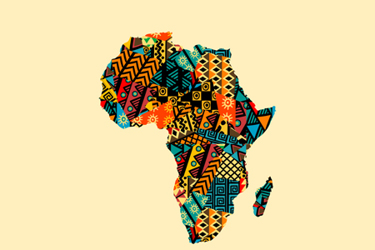 Emerging markets, particularly Africa, represent an interesting case study for biosimilars. With a young population of more than 1.3 billion, Africa’s economy is the world's second-fastest growing, and the GDP is expected to grow to 3.9 percent in 2020 and 4.1 percent in 2021, according to the African Development Bank. With a large population and a strong economic performance, the continent’s narrative seems to be positive. But a strong healthcare demand, because of a population surge and the proliferation of fake drugs due to their costs at the pharmacy,1 contributes to the fact that access to healthcare remains an issue for African countries. According to WHO, the trade in counterfeit pharmaceuticals is worth up to $200 billion annually, and Africa as a whole represents 42 percent of the trade in fake medicines.2,3 In some African countries, the proportion of counterfeit pharmaceuticals can be as high as 70 percent. A study published in the American Society of Tropical Medicine and Hygiene estimated that more than 122,000 children under the age of 5 die each year because of substandard drugs in sub-Saharan Africa.  In light of this challenging pharmaceutical landscape, what can biosimilars bring to the table?

Overview And Limitations Of The African Biologics Market

According to Market Research Future, the global biologics market is forecasted to reach more than $280 billion by 2023, with an annual CAGR of 6.9 percent. The biologics market is driven by investments by the major industry players, increasing incidences of chronic diseases, higher acceptability, and surging demand for innovative therapies. Other growth stimulants of the biologics market across the globe include the advent of targeted therapies and surging adoption of patient-centric personalized medicines. The biologics market is typically segmented into four major regions: Europe, America, Asia Pacific, and the Middle East & Africa. Asia Pacific is the fastest growing region, with 5.5 percent CAGR; the United States is the largest market; and Africa remains the smallest market for biologic drugs.

One major factor limiting the widespread use of biologics in Africa, particularly in low- and middle-income countries, is their exorbitant cost. For example, in South Africa, the cost is between R50,000 and R120,000 per annum. Most patients using biologic drugs have private medical insurance. Payers seek to provide and preserve access to cutting-edge medicines, but they also need to ensure the long-term financial sustainability of their healthcare systems. As such, to have access to treatment, most patients must be on the highest medical aid plan, frequently with a substantial copayment on all pharmaceuticals — small or large molecule. Generally speaking, very few patients in state sector insurance plans can access biologics.

The high cost of biologic drugs has created an opportunity for companies from low-cost regions of the world, particularly China and India, to provide copy biologics to the African market. While the quality of these drugs is typically below that of the originator products, as they have not been subject to a dedicated biosimilar comparability pathway, copy biologics have made inroads in some areas and are expected to build market share over time. A global study by McKinsey states that biosimilar sales could more than double to $15 billion by 2020, with an estimated $5 billion to $8 billion coming from emerging markets. In 2018, the Middle Eastern and African biosimilars markets represented $344.8 million and are projected to reach $2 billion by 2025, growing at a CAGR of 29.79 percent, with Egypt and South Africa leading the way.

Until recently, no biosimilars had been registered in South Africa, despite the fact that several biosimilar applications for products containing erythropoietin, filgrastim, and insulin have been received by the Medicines Control Council (MCC). Upon review, none of those candidates had complied with the registration requirements for a biosimilar medicine. However, this may be changing. In October 2019, a global report by the International Generic and Biosimilar Medicines Association identified two biosimilars approved in South Africa (filgrastim-Teva in 2018 and Biocon and Mylan’s trastuzumab Ogivri in 2019), compared to 54 and 23 in Europe and United States, respectively.

In 2019, WHO prequalified its first biosimilar medicine – trastuzumab – a move that would make a life-saving treatment more affordable and available. The average cost of trastuzumab from originator companies is $20,000, which puts it out of reach in most African countries. The biosimilar version is generally 65 percent cheaper than the originator, and the price is expected to decrease even further. A recent study by the NCBI on breast cancer in Africa found that cancer treatment had not been initiated within one year of diagnosis for 17 percent of women and for 14 percent of women with stage I-III disease. Cost is a major contributor to the treatment barriers.

Global companies are using different strategies and adapting their business models to gain a foothold on the African continent. In some cases, collaboration with local champions are critical for success. For example, in South Africa, Teva has established a strategic agreement with Cipla, South Africa's third-largest pharmaceutical manufacturer, to launch the country's first biosimilar for the oncology and hematology markets.  Paul Miller, CEO of Cipla South Africa, said, “Filgrastim-Teva, manufactured by Teva and distributed in South Africa by Cipla, paves the way for more affordable treatments to aid in the fight against dread diseases such as cancer.”4,5

In North Africa, Celltrion made a licensing agreement for truxima with Jordan-based drug maker Hikma Pharmaceuticals in December 2017. Hikma has exclusive agreements with Celltrion to market three biosimilars: truxima, remsima and herzuma.

South Africa’s MCC first published its guidelines, Biosimilar medicines: quality, non-clinical and clinical requirements, in March 2012.6 This guideline was amended in August 2014, even though it applied the criteria of the European Medicines Agency (EMA) and WHO biosimilar guidelines to biosimilar registration applications received prior to 2014. All three guidelines stipulate that biosimilars, being biological molecules with complex structures, would require proof of efficacy and safety in humans prior to registration. The reference medicine must be registered in South Africa on the basis of efficacy and safety data; however, samples of the reference product used in comparability studies do not need to be procured from the South African market but can be sourced from a country with which the MCC is aligned.

As discussed above, the MCC has already approved two biosimilars, filgrastim from Cipla in collaboration with Teva, and  trastuzumab from Mylan and Biocon. More than four trastuzumab biosimilars are currently awaiting approval by the South African Health Products Regulatory Authority. The International Generic and Biosimilar Medicines Association estimated that a 50 percent price reduction following the introduction of the biosimilar trastuzumab would translate into 670 more patients being treated.

In North Africa, each country has its own overarching biologics regulatory pathway, but they have not yet established regulatory frameworks for biosimilar products. In 2019, a study by Samir Kochbati showed that in some countries, “intended copies” are available despite inadequate evidence of comparability to the reference product and failure to satisfy biosimilar regulatory requirements.7 North African regulatory authorities have not rushed to approve biosimilars because countries are putting in place the necessary regulatory frameworks and are waiting for applications for suitable biosimilars. In the next few months, legislation is expected to be introduced in Algeria, Morocco, and Tunisia to adopt the recommendations of the WHO, EMA, and FDA in terms of biosimilarity, quality, efficacy, and safety standards.

Despite the differences among regulatory bodies across the continent, there are some efforts afoot for greater harmonization. In May 2018, the African Union adopted a treaty to establish the African Medicines Agency, which is a big step forward for the establishment of a global, harmonized regulatory framework in Africa. The African biosimilars market is at its outset, but the potential is huge due to the population size and the high cost of biologic drugs, and the hope is that biosimilars will allow greater patient access to treatment through cost savings.

Joseph Pategou is a consultant specializing in the pharmaceutical industry and has published more than 20 papers/articles in reputed journals, including Biosimilar Development, The Indian Economist, Labotech.eu, and others. You can connect and follow him on LinkedIn or Twitter.