Accelerate CHO Cell Characterization With The Blazar® Rodent Panel: A Guide For Adoption 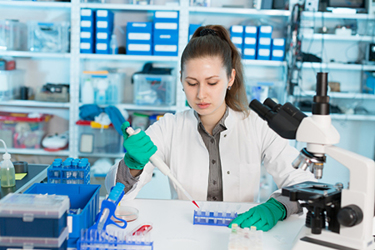 The development of the Blazar® Rodent Panel allows biopharma to move away from traditional in vivo antibody production assays when characterizing cell banks of rodent origin used in the production of biologicals. This degenerate PCR-based method accelerates characterization by reducing timelines by up to 80%, and replaces the use of animals. As described in various regulations and guidelines, sensitive molecular techniques with broad detection capabilities such as NGS and multiplex PCR approaches may be used as alternatives to in vivo based methods. The regulators have provided positive feedback on the use of the Blazar® Rodent Panel as an alternative to the antibody production assays which enables timely the transition to this alternative method as soon as practicable.