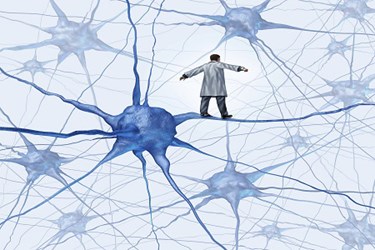 Nuplazid is a selective serotonin inverse agonist with a unique pharmacological approach to treating psychosis. Acadia has completed a highly successful pivotal Phase 3 trial for Nuplazid, and if approved, it will be the first drug for treatment of Parkinson’s disease psychosis.

“The Breakthrough Therapy designation for Nuplazid reinforces the urgent need for a treatment for patients with Parkinson’s disease psychosis,” said Uli Hacksell, Ph.D., CEO of Acadia. “Nuplazid represents a potential new class of psychosis medication and could be the first drug approved in the United States for patients with Parkinson’s disease psychosis.”

Acadia was also given an expedited path to NDA filing by the FDA last year. The positive results from the company's single pivotal Phase 3 clinical study on pimavanserin, together with supportive data from other studies, were found to be sufficient to support the future filing of NDA for pimavanserin, without any further confirmatory trials by Acadia. The company plans to file the NDA for Nuplazid with the FDA by the end of 2014.

Nuplazid (pimavanserin) is a small molecule serotonin inverse agonist, which preferentially targets receptors involved in psychosis. In addition to its treatment potential in PDP, Pimavanserin is also in Phase 2 development for Alzheimer’s disease psychosis and has successfully completed a Phase 2 trial in schizophrenia.

Pimavanserin was discovered and developed by Acadia, which holds worldwide rights to this new chemical entity. The trade name Nuplazid was provisionally accepted by the FDA last week. Nuplazid is designed to be administered orally once a day for PDP.

Parkinson’s disease (PD) is a serious neurodegenerative disorder that causes patients to progressively lose motor function and mobility. The disease affects about one million people in the United States alone and over seven million people worldwide. Of these patients, an estimated 40 percent suffer from Parkinson’s disease psychosis (PDP), which causes patients to suffer from the additional symptoms of visual hallucinations and delusions. PDP significantly increases the burden of Parkinson’s disease, and there is no approved treatment for this condition at present. The FDA's support for pimavanserin's expedited development highlights the serious unmet medical need for new therapies that will effectively treat PDP.