A Working Introduction To Six Sigma For Pharmaceutical Manufacturers 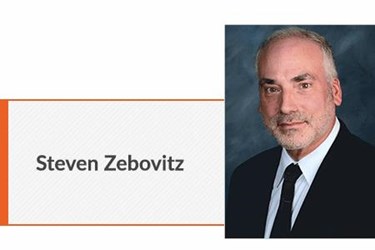 Have you ever encountered one (or more) of the following scenarios in your pharmaceutical manufacturing operations?

If so, the toolkit known as Six Sigma can be used to address all of these challenges — and many others.  I had the privilege of mentoring under a Six Sigma Master Black Belt who steered me through these issues (and trained me for my own Black Belt). The Six Sigma techniques are highly applicable to the life sciences industries, and their use is even expected by many regulatory bodies.

This is the first in a series of articles on Six Sigma that will introduce you to this methodical, rigorous approach to process excellence, and share my experiences using the technique. My hope is that these articles will help more pharmaceutical organizations become better, faster, and less expensive to operate.

If, after reading any of the articles, you find yourself inclined to apply Six Sigma principles within your organization, you would be wise to consider obtaining credentials through a respected vendor such as the American Society of Quality (ASQ), and to mentor under an accomplished Six Sigma Master Black Belt.

The term “Six Sigma” refers to a quality level wherein no more than 3.4 defects occur per million opportunities (3.4 ppm) as a result of product variation.  We also refer to the sigma level of a population as its defect rate per million.  The chart below tabulates the sigma level with respect to product yield.

Relationship Between Sigma Levels and Yield

The roadmap to Six Sigma is through the process of DMAIC, which stands for define, measure, analyze, improve, and control.  The five steps in DMAIC will be the focus of ensuing articles in this series, but for the moment, here are brief definitions of each:

In the pharmaceutical industry, the term quality by design (QbD) is often used. QbD is similar to Six Sigma; however, for QbD the process/acronym changes to DMADV, or define, measure, analyze, design, and verify.  A key feature of QbD is perpetual feedback to ensure that customer needs are met. This is not unlike what is outlined in Stage 3 of the FDA’s Process Validation Guidance (2011), which provides a framework for continuous product/process verification as a feedback mechanism. In the data-intensive world of pharmaceutical manufacturing, process-related acronyms frequently become intertwined.

At the top are Six Sigma Master Black Belts, who has received training and mentorship to manage a Six Sigma program at an organization-wide level.  These professionals have completed many process-improvement projects, have mastery of project management and advanced statistics, and possess the ability to train and mentor others in the organization.

A Six Sigma Black Belt is a step below the Master Black Belt, who has completed some Six Sigma projects as well as received training at the Black Belt level.  Black Belts will typically handle up to three projects spanning departments outside of their own expertise, with opportunity costs ranging from $100,000 to $500,000.

Six Sigma Green Belts have received introductory courses in DMAIC, sufficient to be on a Six Sigma team assisting Black Belts and Master Black Belts.  Green Belts, once they are capable of working under mentorship, will handle single projects with opportunity costs of $50,000 to $100,000 within their own department.

Six Sigma Yellow Belt is a general overview course for those who have little need to apply its techniques but have a need to know.  Typically, this is typically an executive-level course that introduces the concepts as well as a plan to implement a program.

The team is most effective when broadly paired with individuals from across a manufacturing or business process.  Machine operators, scientists, quality assurance, quality control, finance, human resources, and others must have a vested interest in the success of the Six Sigma team — and their comments and suggestions must be valued by the team and management.

Conversations between those involved in a Six Sigma project must be valued, safe, and at times confidential.  Members of the Six Sigma team must therefore have integrity and have earned the respect of their colleagues throughout the organization.

One Size Does Not Fit All

Six Sigma has broad application across the pharmaceutical industry, though each company and each issue will require a slightly different approach.  Measurable goals, objectives, personnel selection, training, and mentorship all must follow the needs of the specific organization and its customers, both internal and external.

Future articles in this series will take a deeper dive into DMAIC, the fundamentals of variability, and some of the statistical tools that come into play with Six Sigma.

Steven Zebovitz, R.Ph., Ch.E., has three decades of pharmaceutical engineering and manufacturing experience, primarily in oral solid dose.  Much of his experience is in engineering and manufacturing support, including leadership positions in technology transfer, process scale-up, validation, and optimization.  He led a Six Sigma deployment that yielded 10 Black Belts and 1 Master Black Belt.  His interests include process excellence, lean manufacturing, and championing teams.  He may be reached at stevenzebovitz@comcast.net or at 215-704-7629.