A Cost Measurement Pharma Can Live With (CROs/CMOs, Too)

This might be one of those times for Pharma, and the unusual place could be AdverseEvents. The company says it has the first methodology to identify the total costs of adverse drug reactions (ADRs) associated with FDA-approved drugs. “We started with somewhat of a love-hate relationship with Pharma,” says Brian Overstreet, founder and president of AdverseEvents. “Since we are now used extensively by the managed care organizations, Pharma is figuring out how to work with us, and we with them.”

Pharma might also get some help in more usual places. CROs/CMOs may be able to increase their value … by positively influencing what AdverseEvents measures.

We’ll start with an open discussion with CEO Overstreet, and then double back to the role service providers can play.

These bullets from recent weeks pile onto the narratives developed throughout the year: 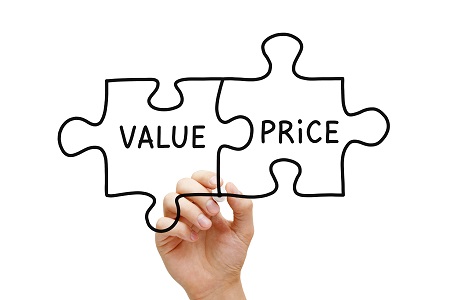 The common denominator in these items and the entire enflamed debate on new-drug and healthcare costs is the need for more, and more accurate, measurements. AdverseEvents, according to Overstreet, has developed a platform to collect and correlate “the missing data link” on all ADRs, and place a value on the data to help the healthcare system make better decisions.

Which immediately begs the question: If this data has been missing, on what basis have formularies that often dictate what drugs patients can or cannot be given, been created?

“That’s how we got in this business in the first place,” says Overstreet. “When we came across this data, we figured everybody was using it. However, basically nobody was because it was maintained so poorly. This was a business opportunity, and a patient safety issue: People were not tracking post-approval safety data.”

In other words, those deciding the drugs to include in a formulary list were looking at the cost of medications, and safety and efficacy from clinical trials, but had much less insight into what happens post-commercialization. According to Overstreet, every drug from the costliest to the cheapest causes side effects. To understand the true costs – and cost benefits – to the healthcare system, was impossible without this illuminating data. “Until we could quantify what those costs are, we couldn’t make those decisions.”

On the surface, it sounds like AdverseEvents is targeting Pharma’s new-drug pricing, in effect saying these medicines incur costs instead of offering savings. And that has to be a major concern. On the other hand, Pharma could embrace the measurement, use it as a way to better understand its own drugs and make them better for patients ... and for promotion.

“In some cases Pharma will see that the stars all align,” says Overstreet. “For example, from my perspective and everything AdverseEvents has written about the new Hepatitis C drugs, we are big fans. The data shows these drugs are much safer and cause fewer side effects, lowering costs when compared to drugs previously on the market. These results then add to the fact that these drugs are actually curative on the efficacy side.”

This, in fact, is the type of systemic, down-steam measurement and assignment of value that many, including this editor, have been calling for to replace single-dimensional determinations that drugs are “expensive.” And Overstreet understands the limitations of his data. “We have dedicated a business to addressing this one piece of the puzzle. While we think it is vitally important, we never present it as the total-sum conclusion,” he says. “But by plugging in this piece, it adds value to the decision making process.”

The bulk of the data AdverseEvents draws its value conclusions from resides with the FDA, which has been collecting it for over 20 years. The problem has been in the collection, which has been more like throwing items in a cluttered closet than inputting into a developed database. “The data at the FDA is basically a huge, messy ASCI file. The database was improperly structured, and more importantly, there is no control over the data input. So if somebody misspells a drug name, or inputs data into the wrong field, it simply goes in the record like that. When you have that situation across millions of records and hundreds of millions of data points, it becomes a disaster.”

The first few years of AdverseEvents were devoted to developing an algorithm, going through every field to access and reassign classifications and ontology structures, and then learning to run reliable analytics on the data. “A lot of people went through the data and said it is not worth killing themselves over … but we figured it was,” says Overstreet. Once the more technical issues were resolved, the company developed a user interface for client access. “We are seeing quick customer uptake,” says Overstreet. “It really is filling an information void that had always been there.”

Some of those customers made public by AdverseEvents are University of Utah Health Care, Lundbeck, and Memorial Herman.

“Our first goal is to see this deployed at every major payor and provider system in the U.S, and we are well on the way,” says Overstreet. The customer he wants most now? “Pharma. We’ve started to work with market access and health outcomes groups at Pharma and expect that aspect of our business to grow significantly in the months ahead.  Helping Pharma to understand and interpret these data is going to be critical in the early years after a new drug launch, especially since the payors and providers are already integrating it into their decision making processes.”

How Can Service Providers Help?

The answer to this question is pretty straightforward. As pharmaceutical outsourcing continues to grow, and the down-stream value of drugs to patients and the healthcare systems is more accurately measured, then the expertise and services CROs/CMOs can provide to increase quality, safety, efficacy, and assist in lessening ADRs, the better for all involved.

A CRO wanting to gather more biological data or a few more months of medicinal chemistry efforts; CMO recommending more incremental steps in the scale up process to collect additional analytical data; a formulations provider advocating for more experimentation and development; or a clinical trial manager lobbying for certain procedures and protocols; these should be looked at by Pharma less as cost additives, and more as value additions to a final product and its long-term outcomes.

Overstreet makes a good point when he says: “If the systems and payors see a costing element out of line with what they pay on a pill price, they’ll ask the manufacturers for help on the cost. However, the reality is that in these cases where there are clear disparities, it will almost always relate to patient safety, so it won’t be just a cost discussion. These will mostly be issues Pharma will want to address to reduce adverse outcomes and their associated costs.” Pharma service provides have to be an important piece of that puzzle.

Next, Overstreet will lead us to where he sees major cost inefficiencies and a real lack of value in the drug industry: our system of clinical trials.