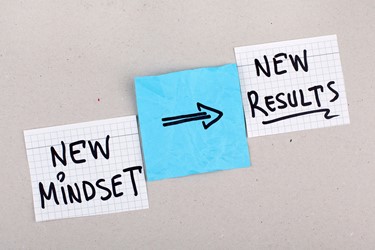 As job security and generally pleasant working conditions go, the IT industry is a safe and comfortable place. That’s where I spent the nearly twenty years previous to this one, journaling advances in technologies that helped businesses win, and telling the stories of the people who made and sold those technologies.

According to a September 2019 Gallup poll, the industry I just walked away from enjoys particularly high approval ratings. In fact, out of 25 industry sectors, tech ranks among those with the highest positive perception among U.S. citizens. It’s second only to restaurants. Restaurants, because this is America.

Last month, I made a pretty radical career change by jumping into the biopharmaceutical manufacturing industry. As you know, it’s an emergent space, and I see several parallels to the then-nascent forces that shaped the tech industry twenty years ago. Why not head off my midlife crisis with a project so big and consuming, I’ve no time to contemplate that I’m approaching half time?

Dead last. Behind lawyers and the phone company and oil and gas and the federal government. Way behind IT.

The poll asked more than 1,500 U.S. consumers to rate their overall view of each industry as very positive, somewhat positive, neutral, somewhat negative, or very negative. The latter two categories accounted for nearly 60 percent of consumer sentiment on the pharmaceuticals industry.

Of course the opioid epidemic, its legal fallout, and ensuing election year politicking contribute to the dismal showing. That same political pressure is throwing a spotlight on the industry’s high prices and massive profits. Those are tough topics to explain away, much less hide from in an election season that’s put no fewer than a dozen left-of-left candidates—many of whom take a keen and justifiable interest in demonizing big pharma—on weekly cable news debate stages.

Now here I am, signing up for a gig that calls on me to talk with the leaders of pharma companies about how they’re making drugs, and more specifically, about the technologies and processes enabling them to make drugs more effectively, efficiently, and, yes, profitably.

It’s fair to question my aptitude for logic and reason. It’s important that I qualify this career shift by stating very clearly that my focus is on biopharma, not big pharma.

Does Biopharma Get A Bum Rap?

To be fair, biopharma deserves more than a bit of differentiation from the pharma industry at large. Manufacturing drugs from biological processes, in most cases to treat serious and rare diseases, is a far different ballgame than cranking out millions of OxyContin tablets and pressuring docs into their over-prescription. You know that. I know that. Politicians may or may not know that. By and large, the general public to whom politicians pander does not know that.

Martin Lush, Global VP and NSF Health Sciences, has some strong opinions on the matter. At the root of those opinions is his observation that pharma’s scientific pedigree (and singular way of doing things) is stifling innovation from within. Not just in the way it develops medicines, but in every aspect of business.  “Our industry still has dominant hierarchies, overwhelming bureaucracies, silo structures and thinking;  all created by people who think the same. To fix our problems we need to hire different people. Rebels rather than clones. Diversity in thinking will contribute to the collective intelligence we need to become more adaptable,” he says.

NSF Health Sciences is a non-profit organization that dates back to the 1940s, whose mission is to improve and protect human health by supporting the development of and adherence to drug and med device manufacturing standards. Lush’s group provides training, consultation, testing, and project-specific support of pharma and medical device companies to help them stay compliant and incite them to think differently to solve chronic problems. In his general description of the industry he serves, Lush pulls no punches. His brutal assessment scratches at an explanation of pharma’s downward trajectory.

“Many companies have completely and totally lost their way and forgotten why they exist,” he says bluntly.  “They are suffering from institutional blindness, the misplaced perception that what they did ten years ago will work in the future. Meanwhile, we have the worst drug shortages in decades.” Lush points to a combination of factors contributing to the problem—the 2008 recession and the resulting Indian and Chinese outsourcing trends and failure to develop and retain talent chief among them. Ultimately, his observations point to a people problem. “Pharma has failed to invest in its people. I truly believe you must make people before you make products. Now we have people in important positions who don’t know what they don’t know. It’s not their fault. They just haven’t been invested in so they do the best they can with the limited knowledge they have,” he says. “I attend conferences where people are talking about the same problems, we were talking about 10 years ago. Our industry is chronically short of diverse thinkers. For industry to progress we need rebels. We need some ‘constructive dissenters’ to challenge the status quo.”  he laments.

I’ll acknowledge that provocation is central to the consultant’s modus operandi. Lush acknowledges it, too. But the point is not lost in his passion. He says diversity of thinking is the answer, citing a most extreme, but familiar example of the consequences of homogeneity in organizational culture—the CIA’s unwitting ignorance of the early warning signs for 9/11. Many analysts have posited that these signs were missed due, at least in part, to the fact that the organization was staffed largely by white men of the same cultural, economic, and educational backgrounds. “They all thought in the same way and missed threats and clues that, in hindsight, look obvious,” says Lush. “The pharmaceutical industry is in the same boat. We’re obsessed with BSCs, MSCs, and PhDs. When you put a group of same thinking people in a room to solve a problem, they all come up with the same solutions because there is no diversity in thinking

The call for diversity is an opinion made more powerful coming from Lush, himself a microbiologist who spent his pre-consulting years focused on the manufacture, quality assurance, and testing of aseptic products. In that capacity, like many scientists in the day-to-day production of biologics, Lush focused on the what of the job. He argues that tomorrow’s industry leaders will be those who are willing to return their focus to the why, which is where much-needed innovation will come from. “Look at antibiotics,” he challenges. “In the next ten years, it’s likely that the risk of dying from infection will be higher than the risk of dying from cancer. Yet, there’s no development in antibiotics because there’s no immediate money in it.”

Changing that paradigm, he says, will require disruption that’s likely to come from an external force (diverse thinkers), like Amazon or Google. It will take radical changes to incentive and repayment structures, and those changes are unlikely to come from within legacy pharma. It might take big tech’s leadership, funding, and influence to incite the pharma industry to speed up development. “The common theme here is diversity in thinking to create those ‘rebel ideas’ to tackle things differently,” Lush concludes.

While that sounds at once promising and threatening, let’s not forget that consumer approval of tech is at a high point relative to every other industry save for restaurants. A tech injection might just prove the shot in the arm that pharma needs right now.