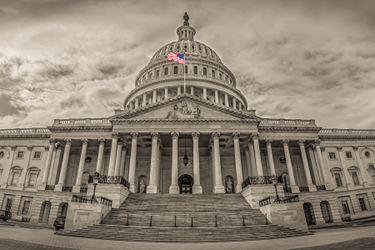 Biologics and other specialty drugs are the fastest growing component of prescription drug spending, rising between 11.3 and 17.7 percent last year alone.1 In 2016, spending on biologics and other specialty drugs reached $105.5 billion — with some treatments having annual costs exceeding $250,000 or more.2 That’s why a robust, competitive biosimilar marketplace is so important.

Despite the passage of the Biologics Price Competition and Innovation Act of 2010 — which established a dedicated pathway for FDA approval of biosimilar drugs — overall availability and utilization of biosimilar drugs have largely fallen short of market expectations. The FDA has approved nine biosimilar products,3 but only four are currently available to consumers, including approved biosimilar alternatives to Nuepogen and Remicade.4

A number of barriers — legal, regulatory, and others — have prevented and limited the availability and widespread adoption of biosimilars in the marketplace. Legal strategies — such as aggressive patent litigation by pioneer or innovator companies — have prevented or delayed FDA approved biosimilars from coming to market and being made available to patients. Moreover, legislative and regulatory barriers have also contributed to a biosimilar marketplace that has failed to meet expectations in terms of product availability, uptake, and cost savings.

To ensure a more robust biosimilar marketplace, policymakers should take prompt action to address barriers to competition that can lower drug costs, including:

The FDA should work to finalize regulations to assure a competitive biosimilar market, including finalizing guidance on critically important issues related to product labeling and interchangeability standards. Recently, FDA Commissioner Scott Gottlieb launched an initiative to reduce prescription drug prices through the Drug Competition Action Plan.5 An expanded and accelerated effort to spur the development and approval of complex generic and biosimilar drugs — building on the goals of the FDA’s Drug Competition Action Plan — holds promise in reducing costs and promoting affordability for patients.

2. Shorten the exclusivity period for biologics to promote greater price competition and earlier access to biosimilars.

3. Remove barriers at the state level that restrict the use and approval of biosimilars interchangeable with biologics.

The FDA should finalize standards necessary for approving biosimilar drugs, including standards for determining if a biosimilar product is considered interchangeable with an already approved biologic drug. Ahead of these standards, some states have adopted legislation that may restrict the availability of interchangeable biosimilars before they even reach the market. These proposals could limit patient access to drugs that are not clinically different yet cost substantially less than their brand name counterparts. As interchangeability and substitution standards are finalized by the FDA, it is critically important that policymakers avoid policies that could undercut the widespread availability and adoption of biosimilars, such as cumbersome and unnecessary notice requirements. While a majority of states have enacted legislation in this area, there are considerable differences in approach. These approaches should be revisited once interchangeability standards are finalized by FDA.

4. Prohibit abuse of the patent process and anti-competitive strategies by drug companies.

Congress should take meaningful steps to prohibit manipulation of the patent process in ways that prevent generics and biosimilars from entering the market in a timely manner. The FTC and other experts have cited these arrangements as anti-competitive, and legislation has been proposed in Congress that would remove these barriers to competition as a way to promote lower-cost generic drugs to patients and consumers. The Congressional Budget Office estimates that prohibiting these settlements would save the federal government $2.4 billion over the next decade.7 Similar “pay-for-delay” arrangements between brand-name biologic and biosimilar manufacturers are also hampering competition and delaying the entry of less-expensive biosimilar drugs.8

Congress should make a legislative change to explicitly allow CMS flexibility to set a single payment rate for groups of clinically similar drugs based on the lowest cost item — policies that have been supported by independent policy experts such as the Medicare Payment Advisory Commission (MedPAC) and Pew Charitable Trusts.9 Under this policy, Medicare would not pay the additional costs associated with a more expensive drug when a clinically similar, lower priced drug is available.10 These policies encourage cost-effective drug coverage and savings to consumers by setting a price ceiling for drugs within a category of drugs considered clinically equivalent and interchangeable.

Consumers and providers should be empowered to know which treatments and drug regimens work and which are less effective. While the Patient-Centered and Outcomes Research Institute (PCORI) aims to provide and disseminate research on clinical effectiveness, it has largely fallen short of expectations. PCORI should be strengthened to conduct and disseminate research that incorporates cost information into its research assessing the comparative effectiveness of procedures, drugs, and medical devices.11 Given that PCORI is set to expire next year and would need to be reauthorized, this could be a good opportunity to revisit and reassess program design and funding levels.

In addition to advancing public policies to strengthen and grow the biosimilar market, there are several opportunities to partner and collaborate with biosimilar manufacturers and other stakeholders to advance the shared goals of a more competitive and affordable prescription drug market. These may include: efforts to identify and address barriers to biosimilar adoption and uptake; combatting legal hurdles that delay or prevent the entry of biosimilar drugs; promoting greater clinical confidence in the safety and efficacy of biosimilars;12 and exploring ways to better align coverage and benefit design to increase utilization of biosimilar drugs.13

A robust biosimilars market will play a critical role in driving industry competition, reducing drug costs, and improving affordability for millions of consumers and patients. As an industry, we need to continue to work together to advance policy solutions that can improve the affordability of our healthcare system.

Gregory Gierer is the senior VP for policy at America’s Health Insurance Plans (AHIP), where he leads policy development work on legislative and regulatory policy issues — with a primary focus on health reform implementation and private insurance market reforms. Prior to joining AHIP, Gierer served as a senior director for policy at the Pharmaceutical Research and Manufacturers of America (PhRMA), where he worked on developing and managing public policy issues related to comprehensive healthcare reform, health-system and delivery reforms, and public programs such as Medicaid and the Children’s Health Insurance Program (CHIP). He previously served as a senior policy consultant at the Blue Cross and Blue Shield Association (BCBSA) and a policy analyst at AHIP.

Gierer also worked on the legislative staff for U.S. Senator Christopher J. Dodd (D-CT) from 1997-1999 and 2001-2002. He received his B.A. from Providence College and master’s in public policy from Georgetown University.