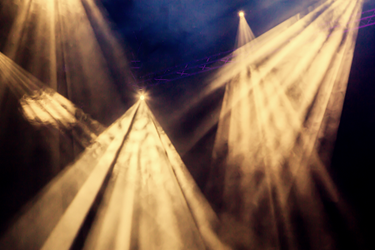 Once again, Congress has its eyes on the pharmaceutical industry. Legislators from both parties have been active in proposing new legislation that could impact biologics and the market for biosimilars in the United States. Although these proposed bills have taken a variety of approaches, they are principally focused on market access and pricing of biologic drugs.

One area of focus for potential legislation is patent rights and proceedings relating to biosimilars. The Affordable Prescriptions for Patients Act of 20191 is a bipartisan bill recently introduced in the Senate by Senators John Cornyn (R-TX) and Richard Blumenthal (D-CT). This proposed law would define as antitrust violations what they describe as “patent thicketing” — obtaining patents covering the use, formulation, or manufacturing of a drug after expiration of a patent covering the active ingredient of the drug or with an effective filing date after the original FDA application to market the drug — and “product hopping” — the practice of removing a branded drug from the market or introducing a “follow-on product,” such as a reformulation of the drug in a defined time period before the possible launch of a competing generic or biosimilar product. This proposal uses the threat of antitrust enforcement, which can result in hefty fines and severe punitive measures, to discourage these practices that can interfere with generic and biosimilar competition. According to the proposed law, a brand manufacturer can overcome the presumption that the prohibited activities are antitrust violations if the manufacturer can prove that the anticompetitive effects of its actions do not outweigh the procompetitive effects, such as, for example, if the new patent or product provides clinically meaningful therapeutic or safety benefits to patients.

Another bipartisan group of representatives led by Hakeem Jeffries (D-NY) and Doug Collins (R-GA) recently proposed in the House the Terminating the Extension of Rights Misappropriated (TERM) Act of 2019,2 a bill that would make it more difficult for brand-name drug manufacturers to assert “follow-on patents” against generic or biosimilar drug manufacturers. Usually, issued patents are presumed to be valid and an alleged infringer — such as a drug manufacturer seeking to market a biosimilar version of a biologic drug — has the burden to prove that a patent asserted against it is invalid. The TERM Act would create a presumption that a brand-name manufacturer has forfeited patent protection from any patent expiring after the earliest-expiring patent covering the drug unless the brand manufacturer can prove that the later-expiring patent covers a genuine innovation over the first patent. By shifting the burden of proof to the branded drug manufacturer, this bill is intended to prevent the brand from extending its exclusivity by making minor, or even trivial, changes to their product in order to obtain additional patent protection.

Other proposed legislation seeks to simplify biosimilar patent litigation. By way of background, when a biosimilar drug manufacturer files an application with FDA to market a new biosimilar drug, the filing triggers a complicated process, governed by the Biologics Price Competition and Innovation Act of 2009 (BPCIA). Under that process, the manufacturer of the brand-name drug can assert its patents against the biosimilar manufacturer in a lawsuit for patent infringement. Proposed legislation seeks to simplify this process and the ensuing patent infringement lawsuits to reduce the legal burden and uncertainty for biosimilar manufacturers resulting from patent litigation.

One proposal, the Biologic Patent Transparency Act,3 was introduced by Senator Susan Collins (R-ME) and is cosponsored by eight other senators, including five Republicans and three Democrats. The Biologic Patent Transparency Act would require the manufacturer of any approved biologic drug to submit to the FDA a list of all patents owned or controlled by the manufacturer that could be reasonably asserted against a manufacturer of a biosimilar version of the drug. The bill would also require the FDA to publish the list of patents for all approved biologic drugs. This list would essentially replicate for biologic drugs the Approved Drug Products with Therapeutic Equivalence Evaluations database (also known as the “Orange Book”) that the FDA maintains for conventional small molecule drugs. If a brand-name drug manufacturer failed to list a patent as required, it would be barred from bringing a lawsuit for infringement of that patent against a biosimilar manufacturer. This bill could help biosimilar manufacturers prepare for litigation and could even guide strategy for development of biosimilar products by providing early notice of what aspects of the biologic product are protected by patents and the full scope of the brand-name manufacturer’s patent portfolio that could be brought to bear in litigation.

Affordable Prescriptions for Patients Through Improvements to Patent Litigation Act

Another proposal seeking to simplify biosimilar patent litigation, introduced by Representatives Henry Johnson (D-GA) and Martha Roby (R-AL), would limit to 20 the number of patents that a manufacturer of a brand-name biologic could assert against a manufacturer of a biosimilar version of the drug.4 Additional patents could be asserted only for good cause with permission of the judge presiding over the infringement suit. Currently, during the BPCIA procedures for initiating a patent infringement suit against a proposed biosimilar manufacturer, brand-name biologic manufacturers often identify dozens or even hundreds of patents that they believe may be asserted. By setting limits on the number of patents, the bill would require the brand-name manufacturers to prioritize which patents they choose to assert and would potentially simplify some suits involving many patents.

Finally, there are several proposed bills designed to control drug prices more directly, particularly the price of biologics, either through specific limits on drug pricing or through disclosure requirements regarding prices. For example, the Fair Accountability and Innovative Research (FAIR) Drug Pricing Act of 20196 would require drug manufacturers to justify any increase in price of more than 10 percent in a one-year period for any drug with a wholesale acquisition cost greater than $100 per month’s supply or course of treatment. Prior to a planned price increase, a manufacturer would be required to submit a publicly accessible report to the Secretary of Health and Human Services justifying the price increase and disclosing the wholesale acquisition cost of the drug, the history of the manufacturer’s price increases, and the manufacturer’s costs associated with producing the drug. Another disclosure-based proposal, the Drug Price Transparency for Medicare Patients Act of 2019,7 would require that any direct-to-consumer television advertisement for a prescription drug or biological product include the list price for a 30-day supply or typical course of treatment. Other legislation seeks simply to impose direct price controls. The End Price Gouging for Medications Act8 would establish a price index for each prescription drug based on the median price of the drug in a set of 11 developed reference countries and would limit the price of the drug in the U.S. to that index. Finally, the CURE High Drug Prices Act9 would prohibit increases in the price of a prescription drug by 10 percent within one year, 20 percent within two years, or 30 percent within five years unless the manufacturer can provide adequate justification for the price increase.

Although these proposals take a variety of approaches to address the broader issue of prescription drug prices, additional bills have been introduced that combine multiple approaches into a single bill.10 Time will tell whether any of these proposals gains enough traction to become law and, if they do become law, whether they ultimately have their intended consequences in the U.S. pharmaceutical market.

Elaine Blais, head of the Litigation Department in Goodwin’s Boston office, focuses her practice on intellectual property litigation, particularly with respect to patent litigation. She has handled numerous patent infringement lawsuits in federal courts nationwide and serves on Goodwin’s Intellectual Property Steering and Attorney Development Committees. Blais is the co-founder and editor of the Goodwin’s biosimilars blog, www.bigmoleculewatch.com, which is dedicated to providing resources and observations through Goodwin’s active watch of the world of biologics, biosimilars, and the BPCIA. She is the former co-chair of the Boston Women's Initiative Council.

Nicholas Mitrokostas, a partner in Goodwin’s IP Litigation group, focuses his practice on intellectual property, with an emphasis on patent litigation and inter partes review proceedings in the Patent Trial and Appeal Board (PTAB). He has extensive trial and PTAB experience representing clients in the pharmaceutical and biotechnology industries in patent and antitrust litigation. Mitrokostas has a wide-ranging pharmaceutical practice representing both innovator and challenger entities, including filers of 501(b)(1), 505(b)(2), 505(j) and aBLAs. He also has experience counseling and representing higher educational institutions in these matters. Mitrokostas is an editor of the firm’s Biosimilars Reference Guide and co-leads the biosimilars blog.

Josh Weinger is an associate in Goodwin’s Litigation Department and is a member of its Intellectual Property Group. He focuses his practice on patent matters, with a concentration in the areas of biotechnology and pharmaceuticals. Weinger is a contributor to the firm’s Big Molecule Watch, an award-winning blog that reports real-time analysis and updates on regulatory issues, litigation, legislation and other news in the developing world of biosimilars. He holds a Ph.D. in molecular biophysics and biochemistry.