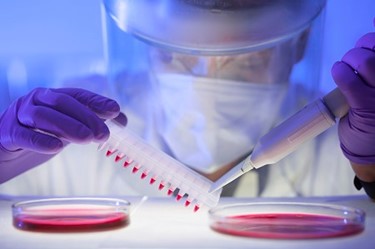 Cellvento® 4CHO medium and its companion Cellvento® 4Feed were developed to grow a broad range of CHO cells. The production medium supports initial cell growth and production while the highly concentrated, neutral pH feed is added to replenish depleted nutrients required for cellular function and to maintain and extend the production phase in fed-batch mode. This single feed is concentrated to more than 130 g/L allowing a reduction of the volume of feed added to the medium thereby increasing the volumetric productivity. It also contains cysteine and tyrosine derivatives which have been shown to release free cysteine and free tyrosine slowly throughout the culture. This time dependent release avoids tyrosine depletion which can lead to sequence variants. This process also results in free cysteine release, while maintaining a reduced redox environment. This is often related to higher cell growth and productivity.

As the performance of production media and their companion feed(s) are typically interdependent, optimizing a feeding strategy is a crucial step to achieve high cellular growth while maintaining high specific productivity. The process guidance provides the basis for initiating feed optimization activities, but fine-tuning an effective feeding strategy should be considered.