CAR T-Cell Therapy: The Road Ahead 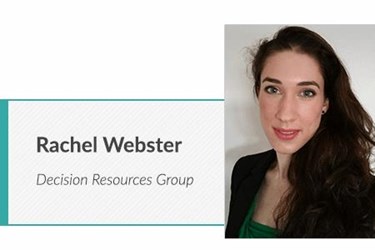 In recent years, we have witnessed a meteoric rise in clinical studies of cancer immunotherapies, catapulting immuno-oncology into one of the fastest growing and dynamic areas in pharmaceutical development today. A frenzy of R&D activity is uncovering new ways of manipulating the immune system, and one of the most promising approaches is chimeric antigen receptor (CAR) T-cell therapy. Having delivered extraordinary clinical results in difficult-to-treat hematological malignancies, these novel cellular immunotherapies have generated a lot of buzz in the industry and attracted significant investment among biopharmaceutical companies. However, they face considerable challenges that could hinder their widespread adoption. How far along the road are CAR T-cell therapies to achieving commercialization and reaching the clinic? What hurdles will need to be overcome? And what opportunities will remain?

CAR T-cells are not a new concept; they have been in development for more than 20 years. The therapy involves extracting a patient’s own T-cells (i.e., autologous), expanding and genetically modifying them ex vivo to recognize a tumor-associated antigen, and then transferring them back to the patient. Current CAR T-cell therapies in clinical development predominantly target CD19, a protein found on the surface B-cells.

Remarkable early-phase clinical data for CAR T-cell therapy was first announced in 2014, and since then excitement has been growing. CAR T-cell therapies have achieved impressive complete response (CR) rates of up to 90% in pediatric and adult patients with relapsed or refractory (R/R) acute lymphocytic leukemia (ALL) and non-Hodgkin’s lymphoma (NHL); durable remissions and six-month survival of more than 70% have been reported.

Three developers are currently in the race to bring the first CD19 CAR T-cell therapy to market: Novartis, Juno Therapeutics, and Kite Pharma.

Novartis’s lead CAR T-cell therapy, CTL019, is in Phase II for pediatric ALL, diffuse large B-cell lymphoma (DLBCL), and multiple myeloma. Novartis plans to file a biologics license application (BLA) for CTL019 with the U.S. FDA for pediatric ALL in early 2017, prior to seeking expanded label expansion for other indications.

Kite Pharma’s lead CAR T-cell therapy, KTE-C19, is being evaluated in a pivotal Phase I/II (ZUMA-1) trial for DLBCL. Recruitment was completed in July 2016, and filing of a BLA is expected by the end of 2016 — the most ambitious regulatory timeline among CAR T-cell developers.

Juno Therapeutics’ lead CAR T-cell candidate, JCAR015, is in Phase II for adult ALL, and a BLA is expected to be filed in 2017.

A Bump in the Road

In July 2016, the FDA delivered a blow to CAR T-cell therapy development by placing a clinical hold on the Phase II ROCKET trial of Juno Therapeutics’ JCAR015. Three patient deaths resulting from treatment-related cerebral edema, a severe form of neurotoxicity, were reported. This news sent shockwaves through the CAR T-cell arena. However, within one week the hold was lifted and the trial resumed.

Importantly, there is no compelling data to indicate that cyclophosphamide plus JCAR015 (i.e., the modified protocol) will be less efficacious. CRs achieved from CAR T-cell therapy are unprecedented, particularly in pediatric R/R ALL, and the FDA’s swift response to allow the ROCKET trial to continue is perhaps indicative of a highly favorable risk-to-benefit ratio. To date, limited progress has been made in treatment for ALL, and in the R/R setting there is an urgent need for new (even high-risk) effective therapies.

There are significant challenges that could disrupt the path to regulatory approval and stymie uptake.

Off-target sides effects associated with CAR T-cell therapy, namely cytokine release syndrome (CRS), are a major concern. Severe (and potentially fatal) CRS has been observed in approximately one-third of R/R ALL patients. A high-risk of CRS could confine CAR T-cell approaches to late-line treatment settings, when other treatments have been exhausted.

Strategies to improve CAR T-cell safety are being tested. Juno therapeutics, Bellicum Pharmaceuticals, and Cellectis are developing next-generation CAR T-cells with a “suicide switch,” an inbuilt safety mechanism that will blunt side effects. Juno Therapeutics is also developing “armored” CAR T-cells comprising mechanisms that dampen T-cell activation and thus side effects; it remains to be seen whether efficacy will be impacted.

From bench to bedside, generating CAR T-cell therapies is a logistically challenging multi-step process. The complex procedure begins with leukapheresis to extract a patient’s T-cells. Activation, transduction, and expansion of T-cells follow rigorous quality control steps. The process for clinical studies is labor intensive and uses open lab-based systems, but a commercial manufacturing process demands a robust, reproducible, and standardized process in closed systems that is automated and scalable.

Provenge (Bavarian Nordic, formerly Dendreon) is the only autologous cell therapy to have reached the U.S. market (in 2011). Dendreon filed for bankruptcy in 2014, and while the reason for this is multifaceted, limited manufacturing capacity during the year following launch was a contributing factor. Having learned lessons from Dendreon, lead CAR T-cell developers are making good progress in setting up commercial manufacturing facilities. In fact, Novartis acquired an FDA-approved clinical and commercial manufacturing facility from Dendreon in 2012. Kite Pharma opened a commercial facility in June 2016 and expects to be fully operational by the end of 2016. Juno Therapeutics’ is slightly behind. All facilities will need to clear FDA inspections before commercial production can begin.

Lead CAR T-cell therapies in clinical development are autologous, meaning that each patient-specific product represents one manufacturing batch. This brings challenges related to standardization, quality control, production timelines, and regulatory requirements. Developers are overcoming the limitations of patient-specific CAR T-cells by engineering allogeneic therapies that use healthy donor T-cells. For example, Cellectis (in collaboration with Servier and Pfizer) is developing a gene-edited allogeneic CD19-targeted CAR T-cell (UCART19); a Phase I study of pediatric ALL patients began in June 2016.

Allogeneic CAR T-cell therapies could reduce lead times (it currently takes approximately two weeks between T-cell extraction and treatment with autologous therapies) and production costs and facilitate easier distribution. These off-the-shelf products would also allow broader access to patients, specifically for those who are unable to receive autologous therapy because they have too few T-cells, owing to a depleted immune system.

Because CAR T-cell therapies are personalized and complex to manufacture, they will likely command a very high price tag, potentially in the region of $350,000 (i.e., the approximate cost of a stem-cell transplant). Additional costs incurred from patient preparation, monitoring, and managing side effects are inevitable. The big question is whether payers will be willing to pay for CAR T-cell therapies. The ability to induce long-term durable CRs in a high percentage of patients will likely be pivotal for determining insurers’ coverage and reimbursement. Stringent cost constraints that restrict usage will likely be employed in an effort to curb spiraling healthcare costs.

The complexity and cost of manufacturing patient-specific therapies, and the ability to scale up manufacturing to ensure broad access and economic sustainability, poses a major challenge for commercial success. It is therefore critical for developers to think about commercial manufacturing early in the development process and to consider novel ways to capitalize on opportunities (e.g., develop off-the-shelf products).

However, the greatest advance might come when the potential of CAR T-cells in solid tumors is unlocked. Limited by targeting CD19, early clinical success has been restricted to hematological malignancies. The few unique tumor targets for antibody recognition (e.g., NY-ESO-1, mesothelin, EGFRvIII) is an obstacle to progress. Other challenges include inefficient homing of T cells to solid tumors due to dense surrounding stromal tissue, and the ability to persist in an inhibitory tumor microenvironment. Juno Therapeutics’ “armored” CAR T-cells are designed to combat the hostile tumor microenvironment and have potential in solid tumors. Penetrating the solid tumors market would be a major commercial win for CAR T-cell therapies.

With the rapid pace of technology development, the first wave of CAR T-cells may not be the “best.” Nevertheless, the first CAR T-cell therapies promise to provide valuable treatment options, and we will continue to watch their progress on the path to market with keen interest.

Rachel Webster, M.Sc., D.Phil., is a senior director in the oncology team at Decision Resources Group, where she manages a team of analysts in producing syndicated and custom primary and secondary market research on a wide range of oncology indications across the major pharmaceutical markets. Dr. Webster has extensive experience in market forecasting with expertise in immuno-oncology. Prior to joining Decision Resources Group, she was a research scientist at Immunocore in the target validation group, where her research focused on identifying target antigens expressed in cancers and autoimmune diseases using a proprietary T-cell receptor (TCR) technology platform, molecular biology, and phage display techniques. Dr. Webster obtained her D.Phil. in biochemistry, and M.Sc. and M.A. (Hons) in biological sciences, from the University of Oxford.