Building A Better Film For Single-Use Bioprocessing Through Effective Partnering 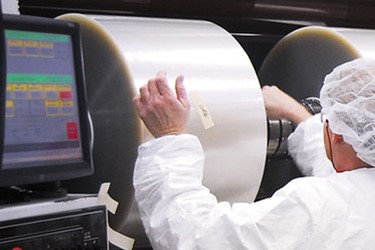 Over the last decade, single-use technology (SUT) has revolutionized the biomanufacturing industry through key advantages related to flexibility, lower capital costs, and reduced cross-contamination. The growing adoption of SUT has led to a shift from traditional stainless steel to disposable equipment in clinical and commercial manufacturing environments. However, with all of the benefits that come with SUT, there also come new challenges with its implementation. First-generation films used to create today’s disposable equipment were not originally designed for bioprocessing but rather were developed with food-grade materials and then repurposed for use in drug development. Looking into this issue further, a group of industry experts examined the effects of this plastic on the biomanufacturing process, specifically as it relates to cell growth.1 They found that a compound leaching from the breakdown of a commonly used antioxidant (AO) was damaging to cell culture growth. Other industry concerns related to single-use film are its performance and fitness for use.

Cytiva was aware of this need and wanted to build a platform film for bioprocessing while also enhancing performance across its applications. Sealed Air (SEE) sought out customers that had a strong understanding of the critical pain points of the existing bioprocessing films and a willingness to explore solutions through partnership. Cytiva recognized SEE as the best in the business and believed the company could help find a solution to this problem. Thus, in 2016, the two companies committed to a strategic alliance aimed at creating a clean, worry-free material compatible with bioprocessing materials. The project began by gathering core team members from both companies to discuss Cytiva’s vision, the shortcomings of existing films on the market, and how the companies would work together to achieve their common goal.