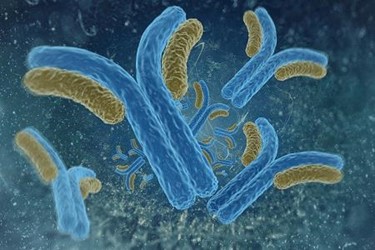 Fc receptors and their role

Fc receptors are widely distributed cell-surface proteins that are essentially communication points between effector antibodies and their biological implements.

There are several classes of Fc receptors. For instance, Fc-gamma receptor I (i.e., CD64) is responsible for things like phagocytosis and the activation of monocytic cell lines like macrophages, neutrophils, and eosinophils. The Fc-gamma receptor II family (i.e., CD32) is mainly responsible for antibody-dependent cellular phagocytosis (ADCP), while Fc-gamma receptor III (i.e., CD16) is responsible for antibody-dependent cellular cytotoxicity (ADCC). These receptors appear on a subset of lymphocytes called natural killer (NK) cells. There’s also the neonatal Fc receptor (i.e., FcRN), a cellular receptor that’s widely distributed across epithelial and endothelial cells. FcRN has a major impact on the pharmacokinetics of antibodies.

All these receptors bind to the back end—or Fc portion—of antibodies, either IgG1, IgG2, or IgG4.

Different receptors convey different activities to an effector antibody. It’s very important to know how a given mAb interacts with the various Fc receptors.

With purely neutralizing antibodies like an IgG4, you may not have as much binding activity to immunological Fc receptors like CD16, CD32, or CD64. While neutralizing antibodies may have minimal interactions with the ‘immunological’ Fc receptor panel (but they will interact), they should still have strong interactions with FcRN, especially at low pH, which is the high-affinity condition for this receptor.

Meanwhile, with effector antibodies such as ADCC antibodies (which induce lysing of a target cell) or ADCP antibodies (ones that target a cell to be phagocytosed by a macrophage or other scavenger cell), you want to show strong, reproducible interactions with the immunological Fc receptors.

These analyses can be used for originator-type molecules/new biological entities. FcR panel testing can be used for release and stability studies because you can potentially change the way the antibodies interact with the effector targets upon degradation of the therapeutic.

Even more importantly, these kinds of assays can be used when establishing biosimilar molecules because you can confirm that the new molecule’s interactions with the Fc receptors are equivalent/similar to that of the originator molecule.

Optimize the Octet system for each new mAb?

When you optimize a system, you need to optimize the buffer and background conditions for each new antibody; you can minimize the nonspecific interactions that might happen. Each antibody is quite different from the preceding or subsequent antibodies, and the formulation will be different.

Once you’ve done that, you need to optimize the association and dissociation times for receptors with that antibody.

Precision: Right now, with the preliminary numbers, we’ve looked at robustness, which is using different binding conditions and different binding times for the same antibody and receptor. About five different conditions were tried. We had a robustness precision of approximately 18–50%. For the true repeatability precision, we have only done n = 2 thus far (same run conditions, performed twice, independently), which provides a relative percent difference rather than a relative coefficient of variation. But, we’re seeing relative percentages between 1% and 25%, which given the order of magnitude of binding kinetics—between 10–6 and 10–9 molar—is very good.

Catalent Biologics just finished fully qualifying the Octet RED96 system, so it can be used for all aspects of GMP testing, kinetic testing, and quantitative testing. This system is fully CFR Part 11 compliant, and can easily be used for the Fc receptive panel test as a quantitative system, which is like a variant of ELISA.